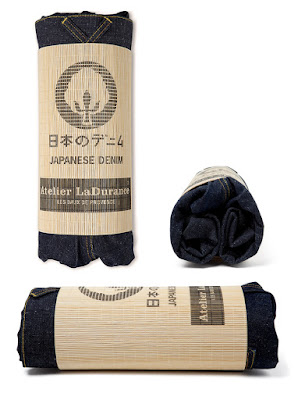 Back to my favourite topic 'JAPANESE DENIM'. Im a big fan of japanese denim, since long i've been thinking of getting my first selvedge denim and the time has come by.I have ordered one from the latest collection of '45RPM' original selvedge jeans and would be arriving in no time.
Talking of Japan their culture is famous for its attention to detail, and jeans are no exception. Japanese denim has a cult following in Europe and America because of its amazing look and feel. It’s different because it uses traditional production techniques that have long been abandoned elsewhere. Though far more labor-intensive -- and expensive --  the jeans produced this way have a feel and appearance that is second to none.
Evisu was one of the first Japanese denim labels to become famous outside of Japan in the early ‘90s. The brand’s founder, Hidehiko Yamane, was a self-confessed “jeans otaku” and bought vintage Levi’s looms to produce his artisanal denim. Other brands use similar production methods to achieve a cloth that is stiffer, denser and yet far more comfortable than the mass-produced denim used overseas. 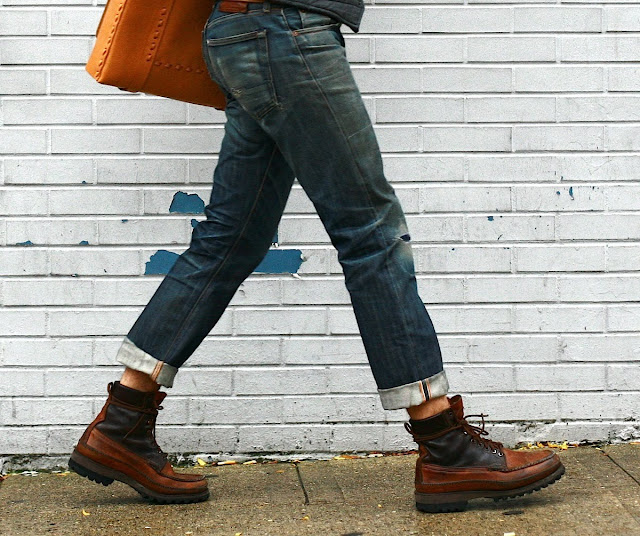 One of the most distinctive characteristics of classic Japanese jeans is their “selvage edge,” meaning that the fabric edges have a woven finish rather than being cut and overlocked like ordinary jeans. The selvage can be seen on the outer leg seam when cuffs are rolled up -- a detail that will be noticed by denim connoisseurs and is a sign of the fabric’s superior quality. Another factor in this quality is the dye used for Japanese denim: natural rather than synthetic indigo, with yarn dipped up to 30 times to produce an incredibly deep and rich color that weathers with time. 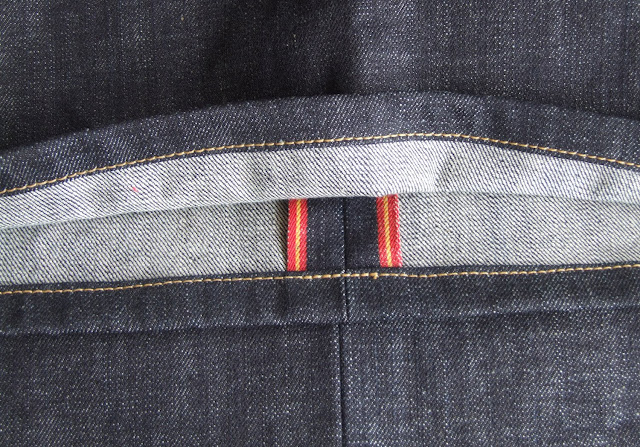 The reputation of Japanese denim has traveled quickly, and several overseas brands have adopted it for their collections. Cult Swedish brand Nudie uses Japanese denim for all its lines, and Diesel uses it for some of its premium jeans in response to demand for heavy, dense denim from shoppers. Paul Smith’s Red Ear label uses Japanese denim and also styling details and stitching inspired by Japanese streetwear.
Refrence: Tokyo fashion
5 Japanese denim brands you must know about:


Evisu
Evisu denim is famous for its heavy and stiff feel, and this pair is no exception. This is a classic narrow cut and a dark indigo denim that will mellow with age.
Evisu.com
45rpm
45rpm Sorahiko Jeans
These 45rpm Sorahiko jeans are woven on an antique loom, which makes the fabric much denser than regular denim, with a unique waffle texture. The jeans are not preshrunk, which helps them fit to the wearer’s body to produce an incredibly comfortable fit.
45rpm.jp
Studio d'Artisan
Founded in 1979, Studio d’Artisan prides itself on producing denim using the most traditional methods to achieve a unique texture and color. This style is a very simple, slim-leg style in beautiful, quality denim.
Dartisan.co.jp
wjk
Eyefunny is a limited-edition range produced by wjk. Although some may balk at paying this much for jeans that look more vandalized than vintage, the heavily distressed look is popular with younger buyers.
United-arrows.jp
Edwin
Edwin is sometimes described as the “Levi’s of Japan” -- reasonably priced denim worn with mass market appeal. This season, the Edwin 503 RV Special has been a top seller, with its crinkle fading around the hips and inner legs and frayed pockets meeting the current demand for jeans with a worn-in look.
Edwin.co.jp
Posted by Denimoholic

The Evisu denim is famous for its heavy and stiff feel, and this pair is no exception. This is a classic narrow cut

My favorite clothing material of all time is denim. I love it because it is so durable and inexpensive.

Denim for the most expensive tailor made jeans Momotaro is manufactured on wooden machines by hand. The fabric that is produced by this way is heavy, non-uniform, only 33 inches in width. Momotaro jeans are sewn on vintage Union Special machines. More Details